"Foreign-colored vessels, this dynasty's new imitated Western enamel painting method, round cut whiteware, multicolored paintings, imitated Western, so it is called Yangcai. The figures, landscapes, flowers, and feathers are all fine and delicate, and the pigments used are the same color as the enamel.

gdezhen imperial kilns fired a batch of hollowed spinners known as "spiritual craftsmanship". It is particularly worth mentioning that Tang Ying also created an "icing on the cake" engraving

When Emperor Qianlong came to the throne, he was full of spirits. Whether it is Wenzhi Wugong, or artistic creation, they are eager to make a difference. In order to uphold the above intention, Tang Ying, the superintendent of pottery, kept pushing the old and the new while supervising the production of imperial porcelain in Jingdezhen, Jiangxi. Under Tang Ying's intentions, Jintechnique to maximize the luxury and splendor of Yangcai. 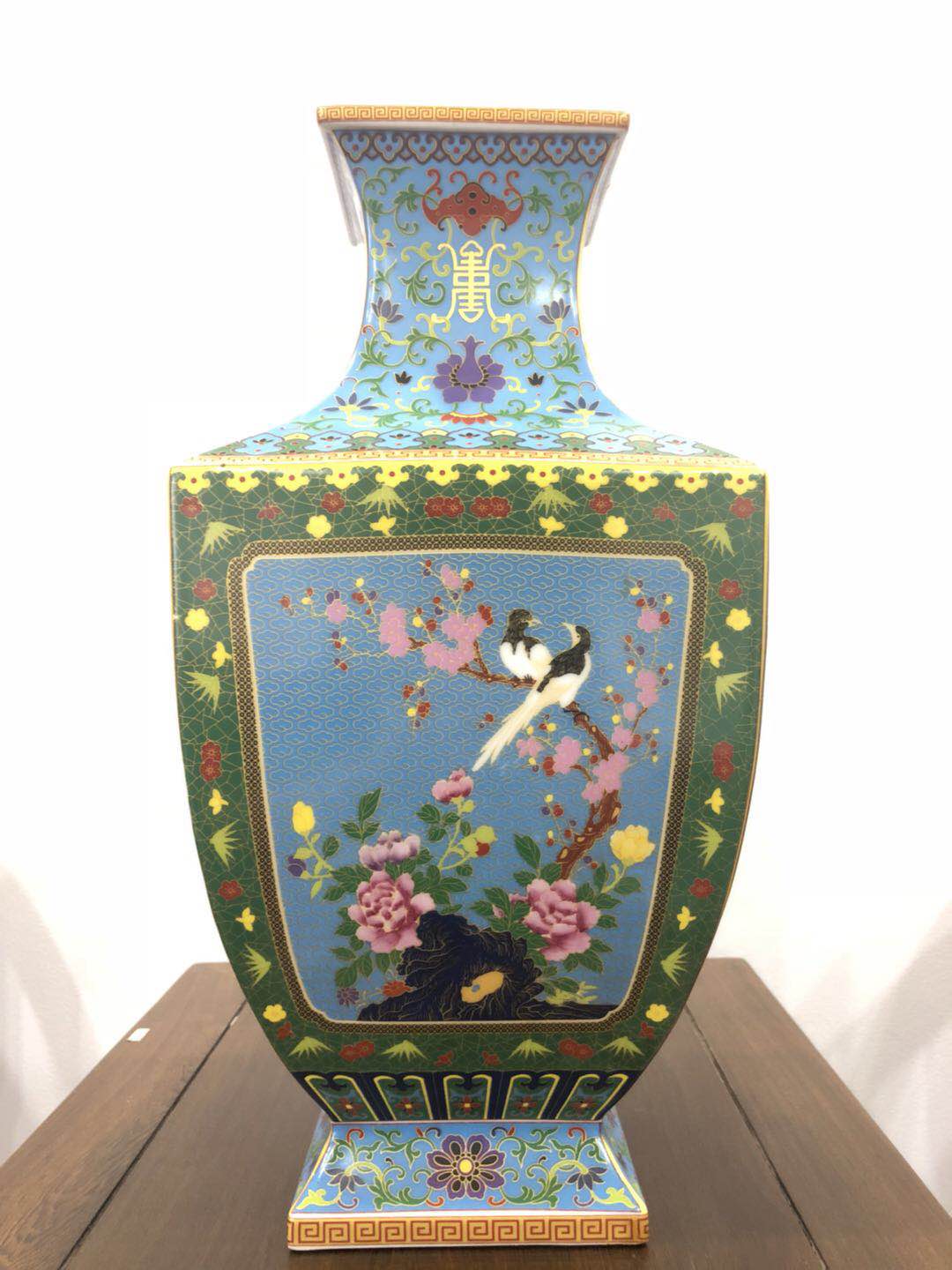 During the Qianlong period, the pottery officer Tang Ying personally went to Jingdezhen, Jiangxi Province to supervise the production of imperial porcelain in spring and autumn.” In order to win the king’s heart, Tang Ying kept pushing new ideas, researching new techniques, racking his brains to design new styles and firing them. A batch of hollowed spinners known as the "ghost and axe workmanship" Kit Qiao; he also pioneered the "icing on the cake" engraving technique to maximize the luxury and splendor of Yangcai. "Yangcai" is the noun used by Tang Ying innovatively. After Tang Ying , Jingdezhen official kiln can no longer be burned as exquisite and peerless works of the early Qianlong perio 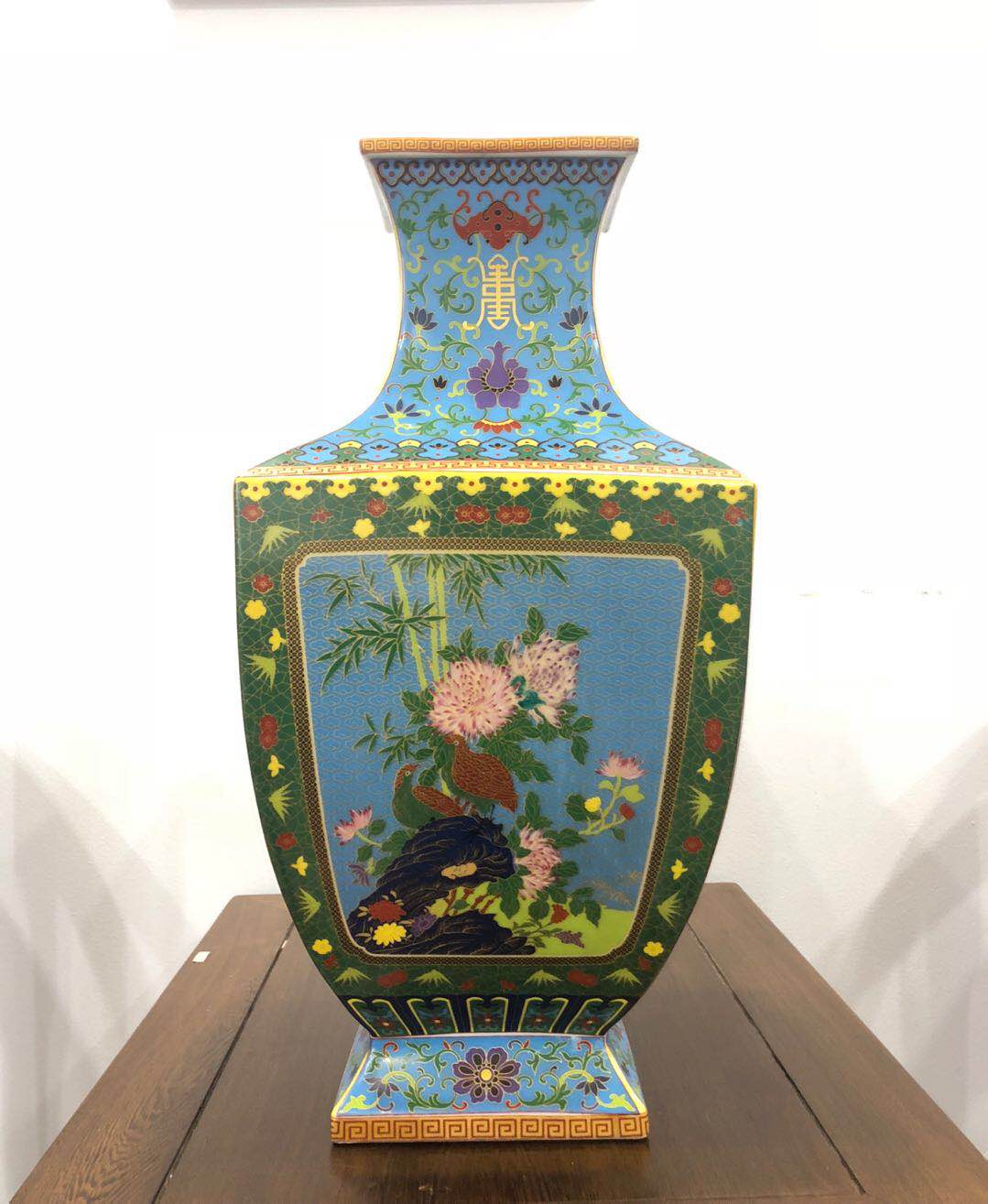 The decorative patterns in the Qianlong period pursued a gorgeous and complex style, with a wide range of subjects. On the basis of traditional flowers, birds, landscapes, and characters, a large number of content implying happiness, longevity, peace and prosperity, ethics and morality were added, and many decorative patterns The use of homophonic sounds to express auspicious wishes is very popular. Just like this, a square statue with four seasons of flowers and birds in the Qianlong brocade and foreign colors, with a square mouth, a folded edge, a neck, a folded shoulder, a square body closed downward, and a circle foot outside. The shape is regular,

The blue glaze is the ground, decorated with flowers and birds, which means auspiciousness. The bottle body adopts the rolling process, the belly is decorated with flowers and birds, the layout is dense, vivid and beautiful, the artistic conception is profound, lifelike, colorful, rich in layering, the front and the background are full of blooming peonies, tall bamboo, a combination of virtual and real , The artistic conception is highlighted. The work not only shows the beauty and nobility of peacocks, but also takes male and female as the main body, with peony and bamboo as subsidiary compositions.

The overall composition is sparse and elegant, with bright flowers, verdant vegetation, and extremely complicated craftsmanship, which fully demonstrates the rich and elegant charm of Qianlong famille rose porcelain. The ancients understood the peacock as Gideon, showing the beauty and nobility of the peacock, but also the male and the female as the main body, and the peony and bamboo are attached to form the works. The peacock is sacred and the incarnation of the "phoenix" in the myth. A male and female pair symbolizes the combination of yin and yang, represents the combination of family, and shows people's attitude towards marriage.

The sacred and rigorous sense of love also has the meaning of being in pairs and good things in pairs. The overall craftsmanship is exquisite, and it is a fine piece of famille rose during the Qianlong period of the Qing Dynasty, which has extremely high collection value and appreciation s 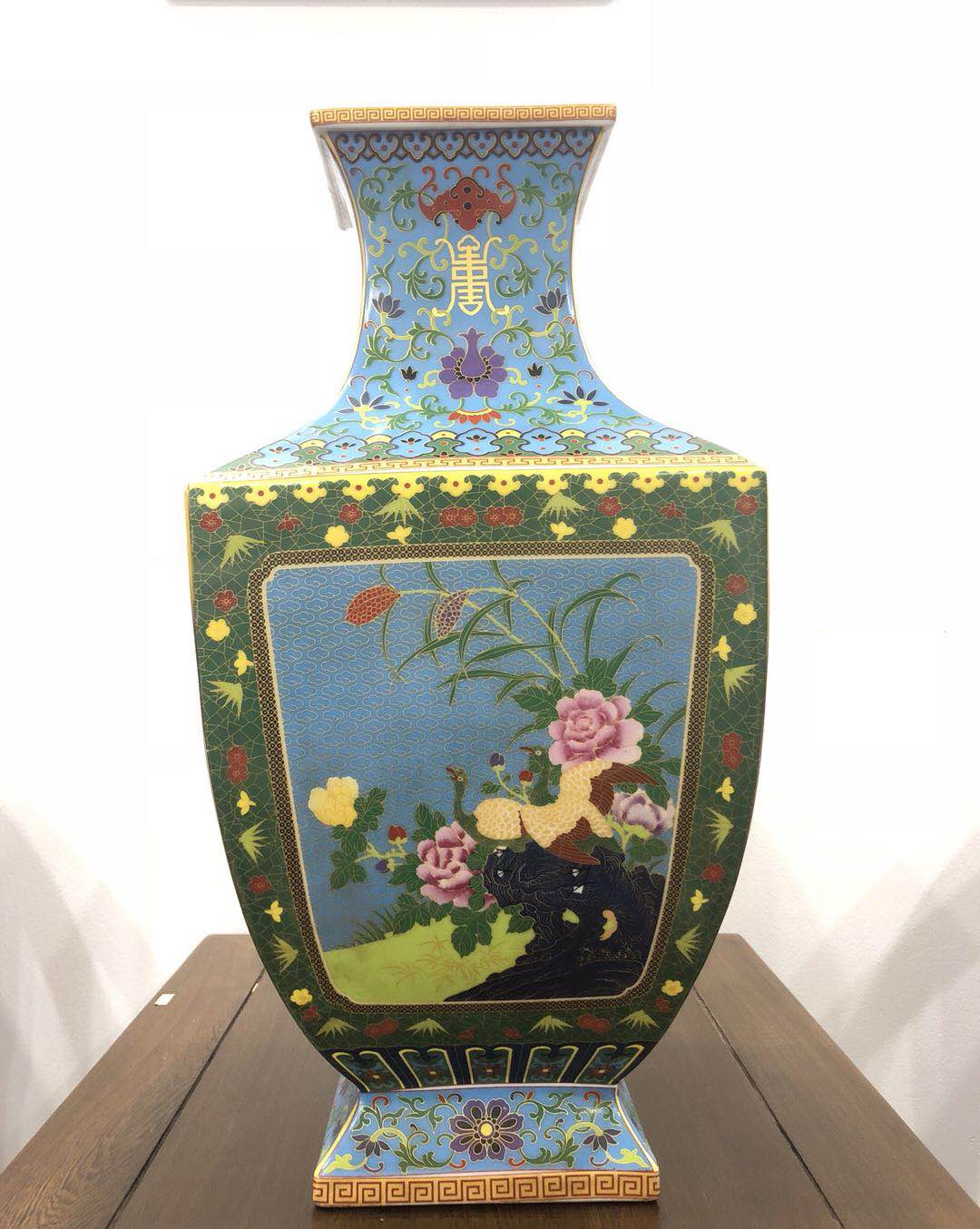 Foreign colored porcelain is called the "Crown of Colored Porcelain" because of its precious raw materials, complex craftsmanship, and exquisite exquisiteness. It has the same effect as the "Queen of Colored Porcelain" enamel. It is a masterpiece of Qing court craftsmanship, and is the favorite of Qianlong. , Hidden in the Palace of the Qing Dynasty, for the emperor's leisure time to enjoy and play, is extremely precious and rare art works. As the work of the peak period of Chinese ancient ceramics, it represents the highest level of Chinese ceramics production, contains the royal artistic disposition, and shows the supreme dignity of imperial power.

Porcelain known as "foreign color", the amount of firing is very rare. Emperor Qianlong personally guided the naming, seating, boxing, and ranking. Most of them are collected in the Duanning Hall and Yangxin Hall of Qianqing Palace, except for a few The Old Summer Palace was looted by the invaders after its furnishings, and there were very few people who were basically lost to the outside world. 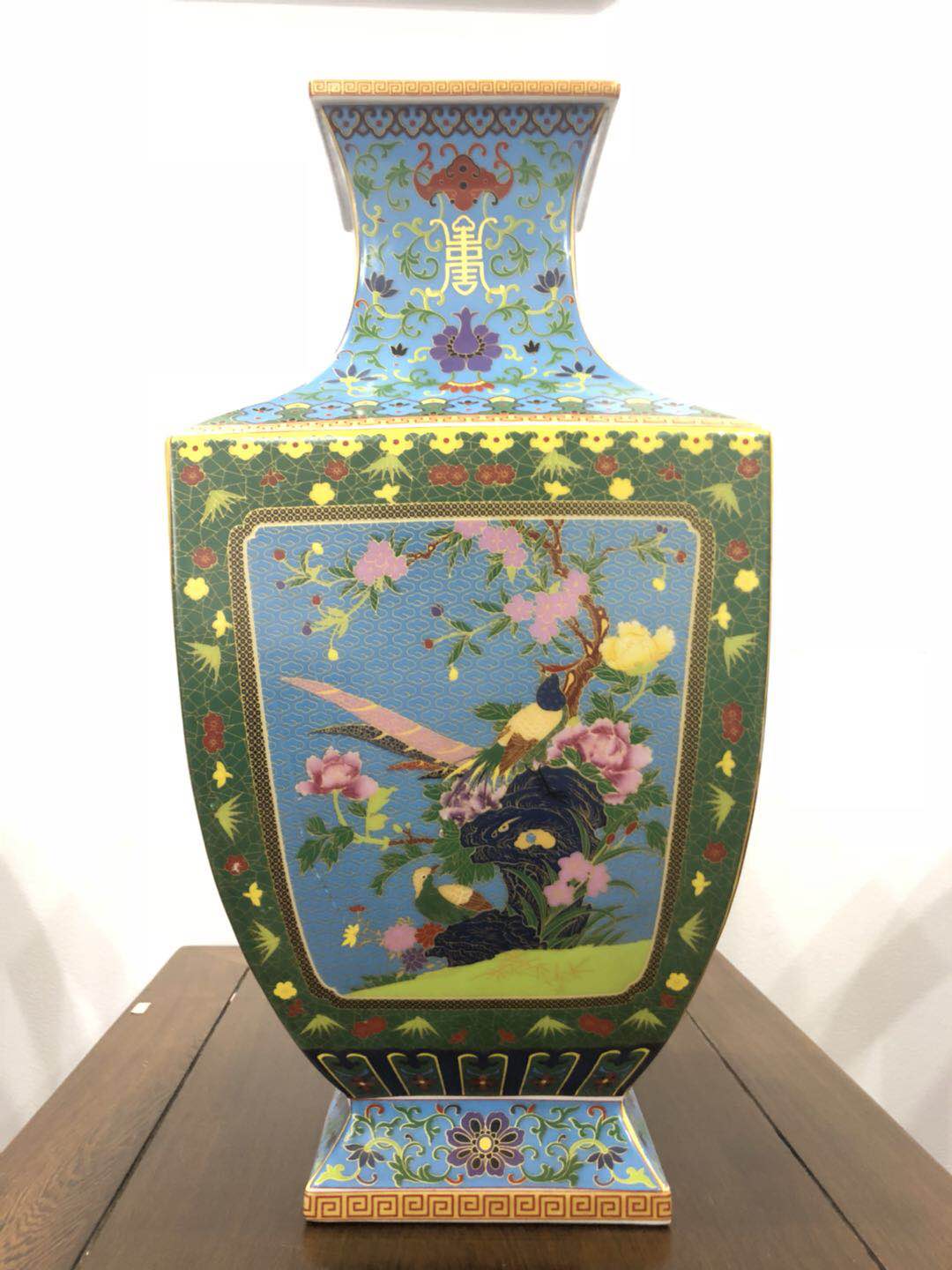 The advertising rights of the collection belong to Baijia Alliance Advertising Media Network.