The commemorative coins of the founding of the Republic of China is a large category of coin collection, which has always attracted the attention of many collectors. Different editions of commemorative coins have unique charm and are worthy of deep appreciation. In the online trading of coins, these ancient copper coins are very popular and become the focus of many buyers. 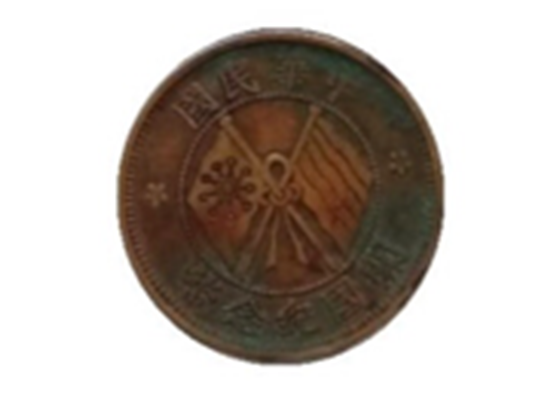 This coin is ten pieces of commemorative coin for the founding of the Republic of China. The two flags on the front of the coin cross the center of the coin, reflecting the social phenomenon and the characteristics of the times. On the top of the two banners, there are four traditional regular script characters of "Republic of China" and five regular script traditional characters of "Founding commemorative coin" at the bottom. The font is strong and powerful, and the layout of the frame structure is ingenious. It is a rare calligraphy. There is a flower ornament on both sides of the flag. 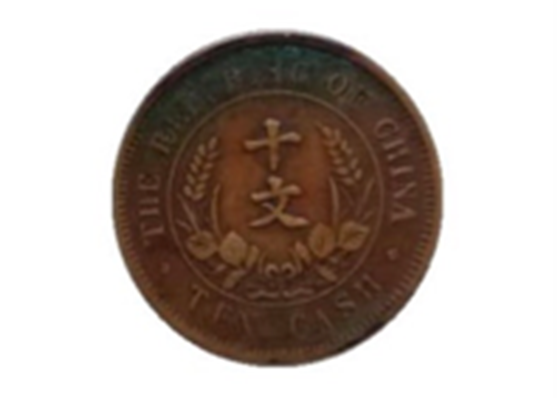 On the back of the coin, the method of ornamentation and the combination of English and Chinese is adopted. There are evenly arranged convex dots in the inner ring to form a beautiful bead circle. At the upper end of the bead circle, there is the word "Shiwen" and the bottom is Jiahe pattern composed of rice ears. Outside the bead circle, there are branches and leaves. After a long time of washing, the face of the coin is slightly worn out, but the overall integrity can still be seen. In addition, the natural copper rust coating adds a layer of historical significance to the coin. It is rare and has a good value and is worthy of collection